Skip to content
In this article, we will discuss the most popular types of letter of credits and its significance in international trade.
Let us first understand what is the letter of credits.

The letter of credit or Documentary Credit is a financial document which offers a secure payment mechanism between exporters/ supplier and importer/ buyer or guarantees financial obligations after successful trading of goods or services.
The LC is generally used in export-Import business because there are few limitations in a different country such as different laws, distance, unknown buyer or seller.
The letter of credit is regulated under the UCPDC (Uniform Customs and Practice for Documentary Credit) established by ICC (International Chamber of Commerce), for more details about a letter of credit follow the link.
What is Letter of Credit?| Meaning and Definition | Process of L/C – Explained with example
There are various types of letter of credit which are frequently used in different scenarios for the interest of buyers and sellers. The letter of credits is classified on the basis of their merit and demerit, some of them are explained below.

This is the most common LC which are used frequently in foreign trade. Some times it is also called as export-import LC. As I told this is a very basic type of LC that’s why there isn’t any specific rules or regulations or no extra terms and conditions.

This LC is opened when suppliers don’t fulfil the term and conditions which are pre-mentioned in the sale contract between supplier or buyer. For example, suppose the supplier didn’t ship the goods on the agreed time. The standby LC regulated under ISP (International Standby Practices) by ICC.
This LC works as bank guarantee if the supplier/beneficiary doesn’t deliver the goods, the beneficiary of standby LC may approach to negotiating bank for the payment.

The letter of credit which can be modified or recorrected or even cancel by the buyer or issuing bank without intimating the beneficiary/supplier is known as Revocable LC. This LC is not favourable for the supplier/ exporter that’s why it is not endorsed by UCPDC. Although all issued LC is irrevocable by default yet it can be issued only when the buyer and seller mutually agreed with the terms and conditions regarding the deal.
On the other hand, an LC which can be modified or cancel neither by the buyer nor by opening bank without the agreement of credit parties is known as Irrevocable LC. Obviously, the supplier will agree to supply the goods or services provided LC must be irrevocable.

Back to Back LC: 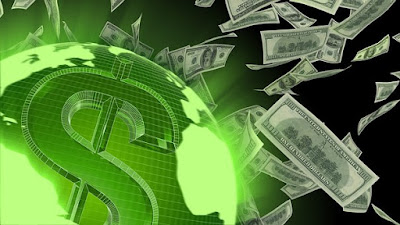 The back to back LC is issued when the supplier/ beneficiary is not the actual manufacturer (supplier may be traders or export houses) and supplier’s interest is to outsource the product from third party manufacturer. In this case the advisory bank issues back to back LC keeping original LC as collateral.
In this circumstance, the supplier role is as an intermediary only.
Let me explain it with an example.
Suppose Mr X is a trader and got an order of bike engine worth $2,00,000 from the UK and open an LC however he doesn’t manufacture a bike engine. Hence he will contact the manufacturer of a bike engine. Then he approaches his bank to issue an LC $ 1,80,000 on the behalf of the original LC.
Now the advisory bank contact to another bank (3rd bank) which would be the manufacturer’s bank and issue an LC. In fact, this LC is known as back to back LC.
The amount of a back to back LC will always be lower than the original LC, obviously, the difference of amount would be the trader’s profit.

An LC in which the supplier/ exporter is eligible to get advance payment for manufacturing or dispatching or for the raw materials of the product.
The advance is paid to the seller by the advisory bank through issuing bank against a written undertaking and receipt.
However, this advance amount will be adjusted at the time of final payment.

The Green Clause LC also allowed advance but it is paid for the purpose of storage at the export terminal
It mostly used for the export of commodities. The advance is paid against a written undertaking and receipt and seller has to submit the proof of storage of goods in the warehouse before the credit expires.

When recurring transactions between two parties over a period of time happens, then for each transaction separate LC is not issued. In this case, the same LC is used for every transaction.
This type of LC is known as Revolving LC.
For example, India import crude oil of worth $ 10,00,000 every month from the UAE therefore in this case revolving LC will be used.

Unlike sight LC, when the final payment of supplier is done after an agreed period of time (eg 30, 40, 50 days) from the date of submission of the documents regarding proof of shipping. This LC is called a Deferred Payment LC.

Thus letter of credits is used in the different circumstances according to the need of exporter and importer. Each letter of credit plays a vital role in the export or import of various product or commodities.
You might also be interested in
What is Hedging in finance? Hedging in forex, stocks and commodities
What are Nostro, Vostro and Loro Account?
What is Factoring Services?
20.59368478.96288